New Delhi [India], July 7 (ANI/ATK): The power of celebrity is an indisputable fact within media advertising.
Ever since the invention of modern media, celebrities have been used to endorse products. From black and white television adverts for cigarettes in the 1950s starring celebrities of the time, all the way to today’s Instagram models promoting makeup products and supplements, the ability that celebrities have to make or break a product has been proven time and time again.
This has remained true in the age of cryptocurrency, where endorsements from the right people can see a token’s value sore through the roof. But just how can celebrities impact cryptocurrencies? And why do new tokens like Big Eyes (BIG) want to work with them?
Elon Musk, And The Power of Pop Culture
Tesla CEO and billionaire businessman Elon Musk has been a favourite of the crypto community for years, having made his first tweets regarding the topic in 2014.
In 2019 Elon Musk’s ability to influence the crypto sphere became undeniable, with his tweets regarding Dogecoin (DOGE) causing a massive spike in the tokens value. In today’s crypto ecosystem, Dogecoin (DOGE) is now one of the most successful- a position it’s arguable, the token may not have been able to acquire without Musk’s backing.
It is the incredible explosion in the value of Shiba Inu (SHIB) that can also be attributed to Musk, thanks to tweets that didn’t even relate to the token specifically.

By tweeting about his new puppy, a Shiba Inu, connections were immediately made to Dogecoin (DOGE) alternative Shiba Inu (SHIB), which in turn led to community hype around the token, followed by the token taking off at unimaginable speed.
The mere fact that, purely by association, Elon Musk was able to promote Shiba Inu (SHIB) into a position in the Coin Market Cap top 20, is undeniable proof of his power over the crypto ecosystem.
Elon Musk can wield such power because he understands crypto users. They are those born into the generation of the Internet, who understand meme culture effortlessly, and that where memes go, so will traffic. And in crypto, that traffic means money.
Legitimacy Through Celebrity
While Elon Musk has always been known to be an eccentric individual keeping close attention to trends in technology, this can rarely be said about sports stars, no less Cristiano Ronaldo. So, it was a shock to many when it was revealed that he will be undertaking a multi-year NFT partnership with Binance (BNB).
Binance (BNB) is one of the market’s most successful blockchains, being host to an exchange, NFT marketplace, and project launchpad, amongst other features. It is also known for frequently sponsoring events, and most recently, getting involved with the sporting world.
By courting Cristiano Ronaldo into their NFT space, Binance (BNB) is legitimising crypto to those who may otherwise be uninterested or opposed to the idea of it. The fact that a celebrity whose partnerships usually relate to health and fitness is getting involved with Binance (BNB) demystifies crypto as something exclusively for tech and finance users, in turn drawing new users into the space.
It is simple, yet incredibly efficient, and is proof of Binance’s (BNB) importance in crypto’s effort to become as viable as fiat currently is, in today’s economy.

Big Eyes (BIG), Celebrity, and The Importance of Charity
The power of celebrities in crypto spaces is clear. Not only can they legitimise a project, but they can promote it to new audiences as well, encouraging more individuals to give crypto a try and invest in some of the market’s projects.
With new attention, a token can grow massively, allowing every aspect of the project to expand. This is the idea Big Eyes (BIG) has, with its intention to engage with celebrities being done for one specific purpose: to further its charity cause. 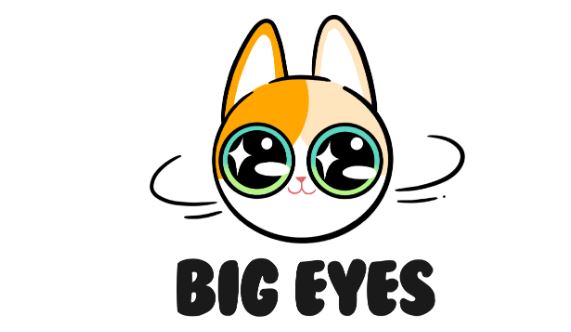 An upcoming, cat-themed meme token, Big Eyes (BIG) has made its charity drive clear. A favourite food of cat’s is fish, the narrative goes therefore, that there exists a drive to protect fish, and the oceans they inhabit. Because of this, 5 per cent of all BIG tokens are being stored in a charity wallet, to be forwarded to charitable efforts in the future.
Celebrities often engage with charity, with these interactions frequently resulting in increased awareness and donations to the cause. This would also occur with charity causes from the world of crypto, and so by involving a celebrity, Big Eyes (BIG) has a huge chance to boost the value of their token, impacting both the value of their charity donation and the value of the economy as a whole.
It is a proposal that could yield massive success, and create a donation to ocean sanctuary charities that could have a majorly positive impact. With Bluefin Tuna accruing endangered status, shark populations decreasing by millions each year, and an estimated 25 per cent of all fish having digested microplastics, the time to act is now.
It makes Big Eyes’ (BIG) plans for celebrity engagement particularly important, and a token worth watching as their charity efforts continue.
–
Find out more about Big Eyes (BIG) at:
Website: https://bigeyes.space/
Telegram: https://t.me/BIGEYESOFFICIAL
Twitter: https://twitter.com/BigEyesCoin
Instagram: https://www.instagram.com/BigEyesCoin/
Check out another article here:
Battle Of The Meme Coins! A Look at Dogecoin (DOGE) And Big Eyes (BIG)
This story is provided by ATK. ANI will not be responsible in any way for the content of this article. (ANI/ATK)