Volatility erupted in the forex market after the US officially entered a technical recession in the second quarter of 2022 and Europe’s energy crisis keeps inflation sticky high. This followed the Fed’s second consecutive 75-basis-point hike, for the first time since the Paul Volcker’s tenure in the early 1980s.

Today, currency flows shifted to the Japanese yen (JPY), which confirmed its role as a recession hedge by outperforming the dollar by 1.5%. USD/JPY tumbled to ¥134.4 breaking below month-to-date lows at the European market close.

The Swiss Franc (CHF) also appreciated amid rising safe-haven flows, gaining 0.5% and 0.8% against the U.S. dollar (USD/CHF) and the euro (EUR/CHF), respectively.

The greenback (DXY index) had a quite volatile session, first surging towards the resistance at 107 levels, only to see a pullback in the 106.4-106.5 range after the release of negative American GDP data.

The euro (EUR/USD) retraced to 1,016 (-0.4% on the day) after hitting an intraday high of 1,023 at the start of day. Negative macro prints for the Eurozone affected the sentiment towards the single currency, as we explain below.

Growth concerns weighed on commodity-related currencies. WTI oil fell slightly down on the day (-0.7%), failing to break through the $100 a barrel resistance level. After recording a gain of 1.7% the previous day against the dollar, the Norwegian krone (NOK) dropped by 0. 4% today. The Australian dollar (AUD/USD) also fell by 0.4%, and the Canadian dollar (CAD) slipped by 0.3%. 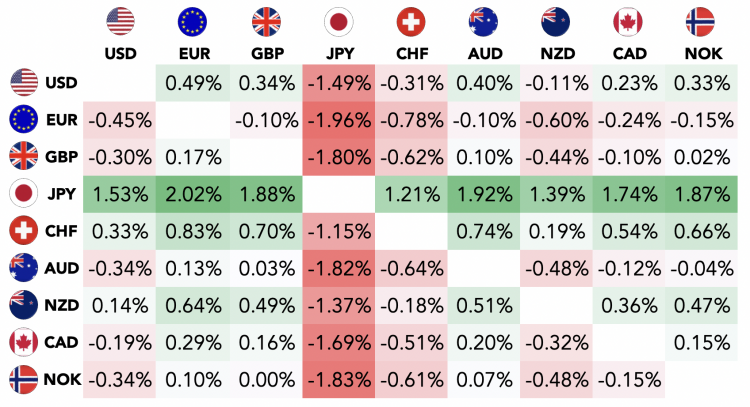 Let’s start with the slew of negative news affecting the Eurozone.

The Eurozone economic sentiment indicator (ESI) fell for the fifth month in a row in July 2022, to 99, the lowest since February of last year, down from 103.5 in June and falling short of market expectations of 102. In the past, the ESI falling below 100 was a very reliable predictor of a recession in the Eurozone.

Annual inflation in Germany slightly fell to 7.5% in July 2022, from 7.6% in June, despite markets expecting a lower 7.4% reading, but remaining still near its multi-decade highs. On a monthly basis, inflation rose 0.9% mom in July 2022, following a 0.1% increase in June and exceeding market expectations of 0.6%.

What is your sentiment on AUD/USD?

Give AUD/USD a try

German yields plummeted by 23 basis points on the day for the 2-year maturity to 0.22% and by 15 basis points for the 10-year Bund to 0.80% due to fears of a looming Eurozone’s recession.

The United States enters a technical recession in the second quarter, as preliminary GDP estimates indicate that the economy contracted by 0.9% (quarter on quarter annualized rate), compared to +0.5% expected and a decrease of 1.6% in the previous quarter. Treasury yields fell 10 basis points across the curve, with the 2-year yield at 2.9 percent and the 10-year yield at 2.66 percent, as the market repriced future interest rate hikes.

According to CME Group’s latest Fedwatch tool, investors are currently pricing in a Fed funds rate of around 3.3% at the end of the year and early 2023, followed by a rate cut in the first half of 2023.

The short-term yield differential between the US and Europe is widening, as the market believes the ECB will have to stop raising interest rates much sooner than the Fed. If this trend continues, it might put further downward pressure on the EUR/USD exchange rate.

Chart of the day: EUR/USD and US/Germany short-term yield spread 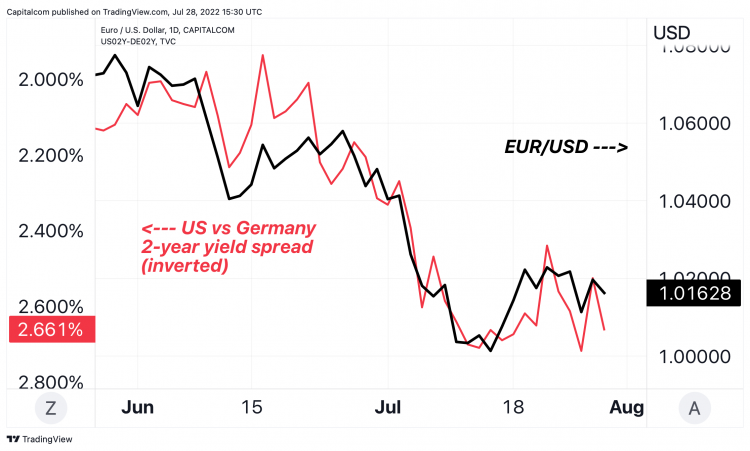 EUR/USD vs 2-year yields differential between US and Germany – Photo: Capital.com / Source: Tradingview 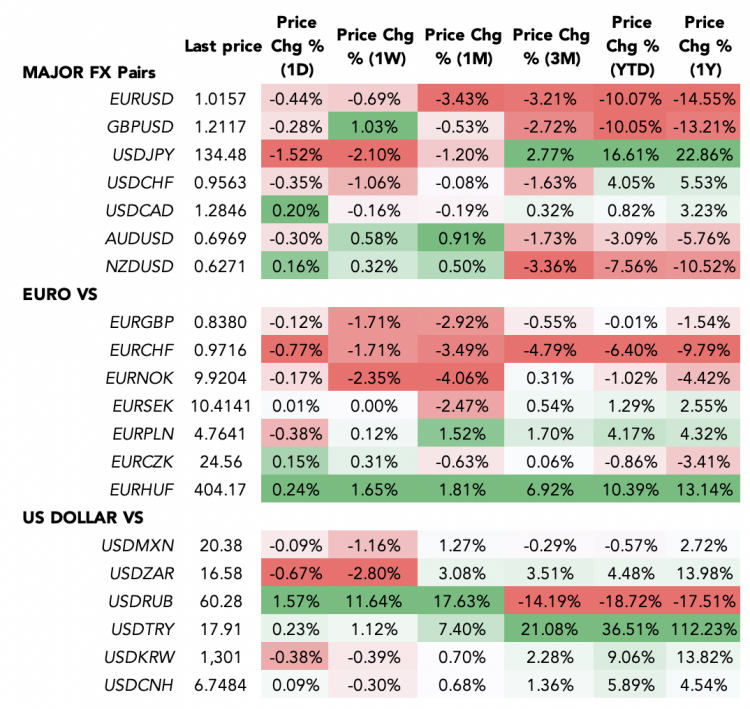