Moderna (MRNA) underperformed on Tuesday as a global equity rout took hold following higher-than-expected US inflation. The move in Moderna was to be expected, but the underperformance versus the main indices is a bit perplexing. Moderna is cash rich and would not be associated with long-duration stocks. Therefore, it would not fall into the yield-sensitive group of many other Nasdaq names. It was a high-growth story, yes, but now it has matured and so too have its cash flows. The company has an enormous pile of cash, which it will partly use for buyback and perhaps dividends in the future.

However, it is news from Reuters this morning that is capturing my attention. According to the report, Moderna CEO Stephane Bancel has spoken with the Chinese government about supplying its Covid-19 vaccine to China. As of yet, no decision has been made.

“We are open, [and] we have the capacity,” CEO Bancel said. He was speaking in Tokyo where he also said Moderna is open to building manufacturing capacity to make mRNA products. Moderna has reportedly filed a lawsuit against Pfizer (PFE) and BioNTech (BNTX) for patent infringement involving cold vaccine development in the US.

Moderna says in its lawsuit that Pfizer and BioNTech’s COVID-19 vaccine Comirnaty infringes on patents that Moderna filed between 2010 and 2016 covering mRNA technology.

The news over the lawsuit is too far out to generate any meaningful catalyst in my view. This could drag on for some time. However, any announcement of a deal with China would be a huge positive. It sounds like it may be a long shot, but with the world’s largest population it would represent a massive opportunity for Moderna. As it stands, the company is well placed with cash of nearly $11 billion and little debt.

This is for now a short-term opportunity to perhaps bottom fish after Tuesday’s sell-off and see if this story gets more legs to it. Moderna is perched precariously on support at $125, and a break will target then $100. This $120 to $125 zone has been held several times going back to March 2021, so it is key support. 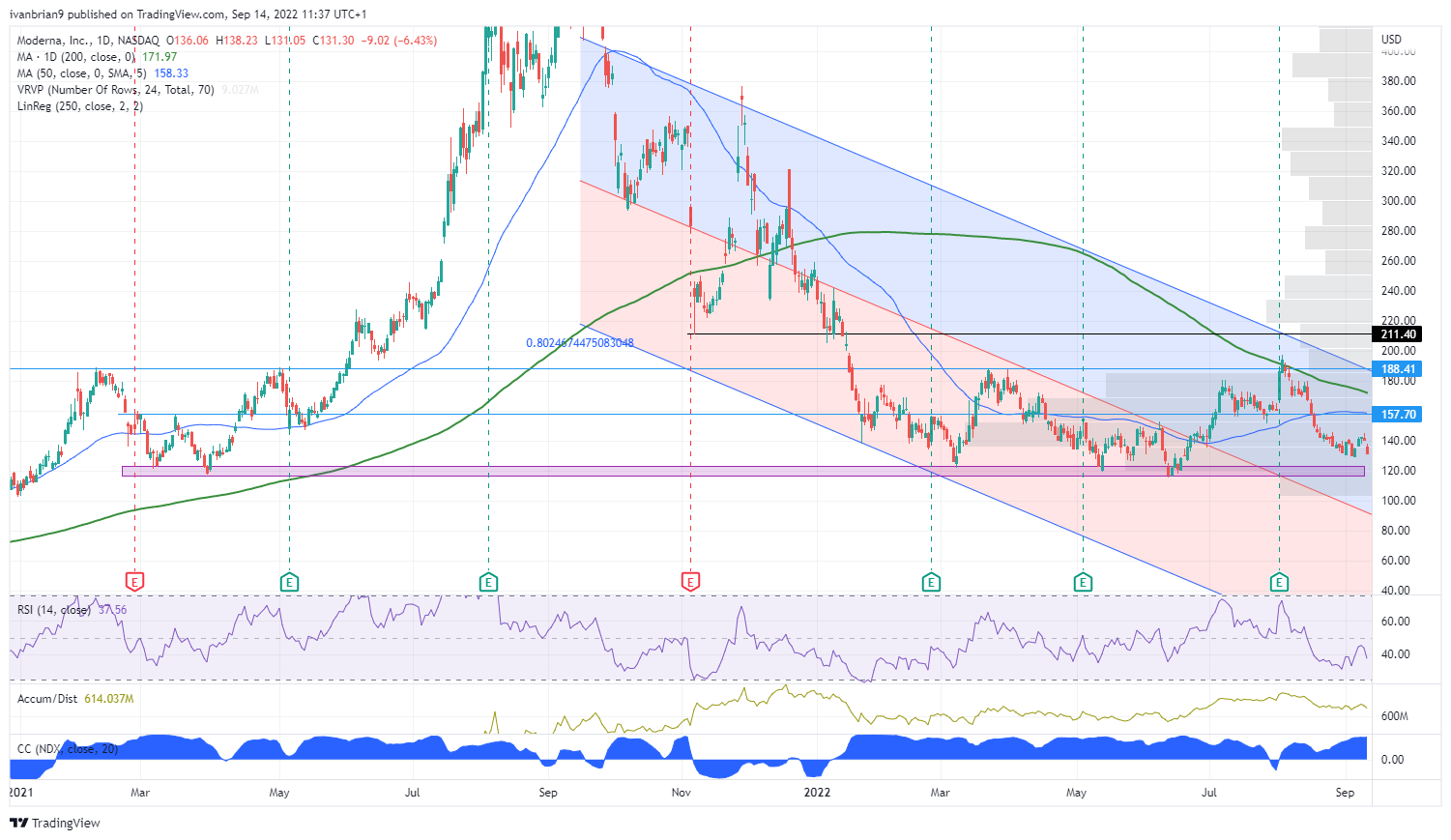