Disclaimer: The information presented does not constitute financial, investment, trading, or other types of advice and is solely the writer’s opinion.

VeChain [VET] faced stiff selling pressure in recent months. This pressure had not yet abated. Moreover, the price was precariously perched atop the support level of $0.021. At the same time, a bearish pattern also developed on the price charts. Altogether, the picture was quite bearish for VeChain.

In May, VET ranged from $0.029 to $0.034. A week into June, the sellers were able to overwhelm the bids the buyers had in the $0.029 region, and a move as far south as $0.02 commenced. Based on the swing high and low of this move downward, a set of Fibonacci retracement levels (yellow) was plotted.

The 50% and the 38.2% retracement levels at $0.0266 and $0.025 have been tested as resistance. They were not breached, and the market structure remained strongly bearish. Even though VET saw a surge from $0.021 to $0.026 toward late June, there did not appear to be demand significant enough to initiate an uptrend. The Relative Strength Index (RSI) was also unable to climb past neutral 50 and flip it to resistance. Once again, the bearish bias was highlighted by the RSI.

Alongside the downtrend, a descending triangle pattern was also forming. The base of this pattern sat at the $$0.0215 support level. 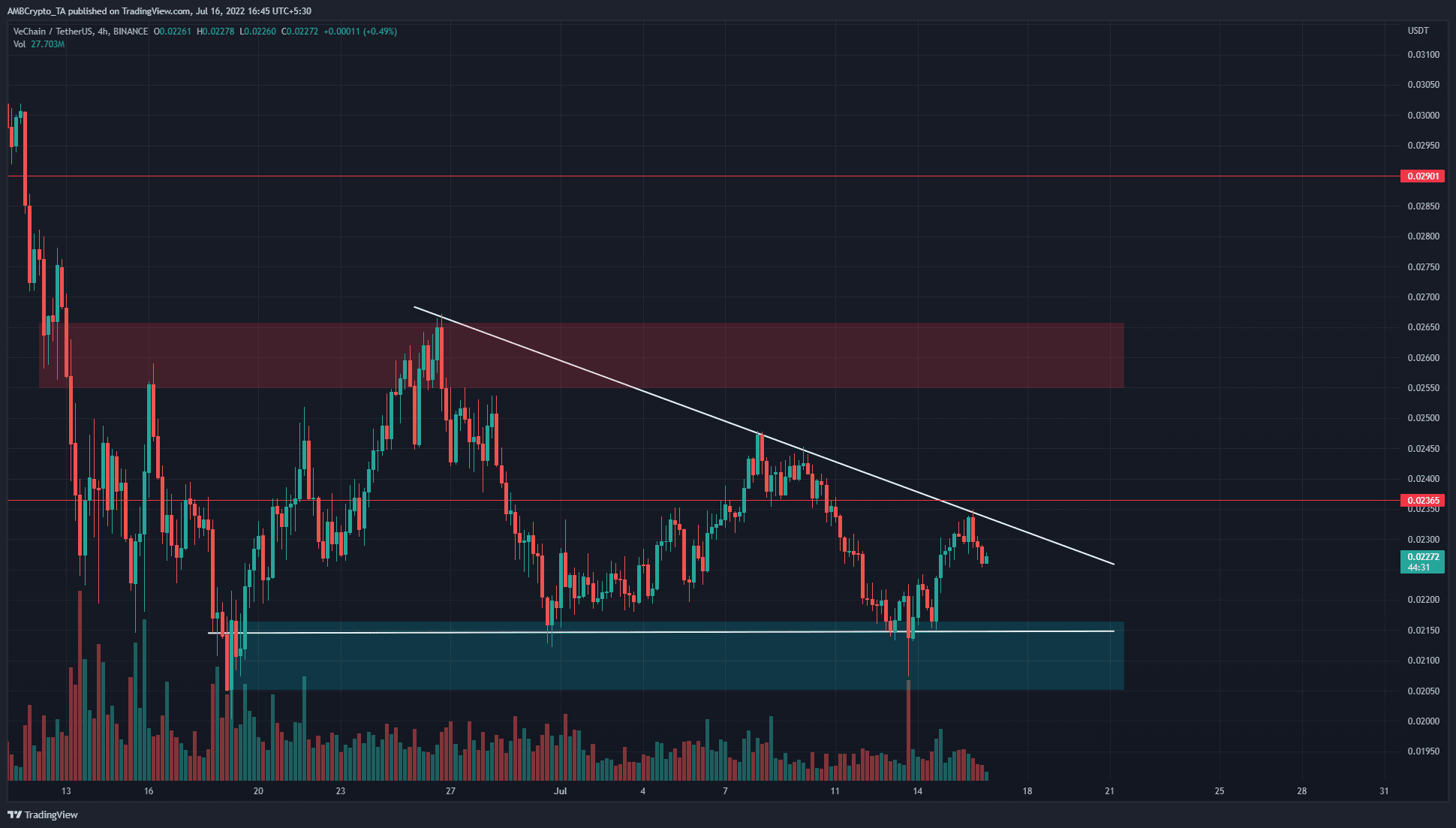 On the four-hour chart, there were two important regions highlighted in cyan and red. These two areas represent bullish and bearish order blocks respectively. The base of the triangle pattern has also offered support in recent weeks.

Generally, when such a triangle pattern forms after a downtrend, it signals a continuation of the downtrend. A move southward would need to break beneath the $0.021 demand zone, and retest is as supply. 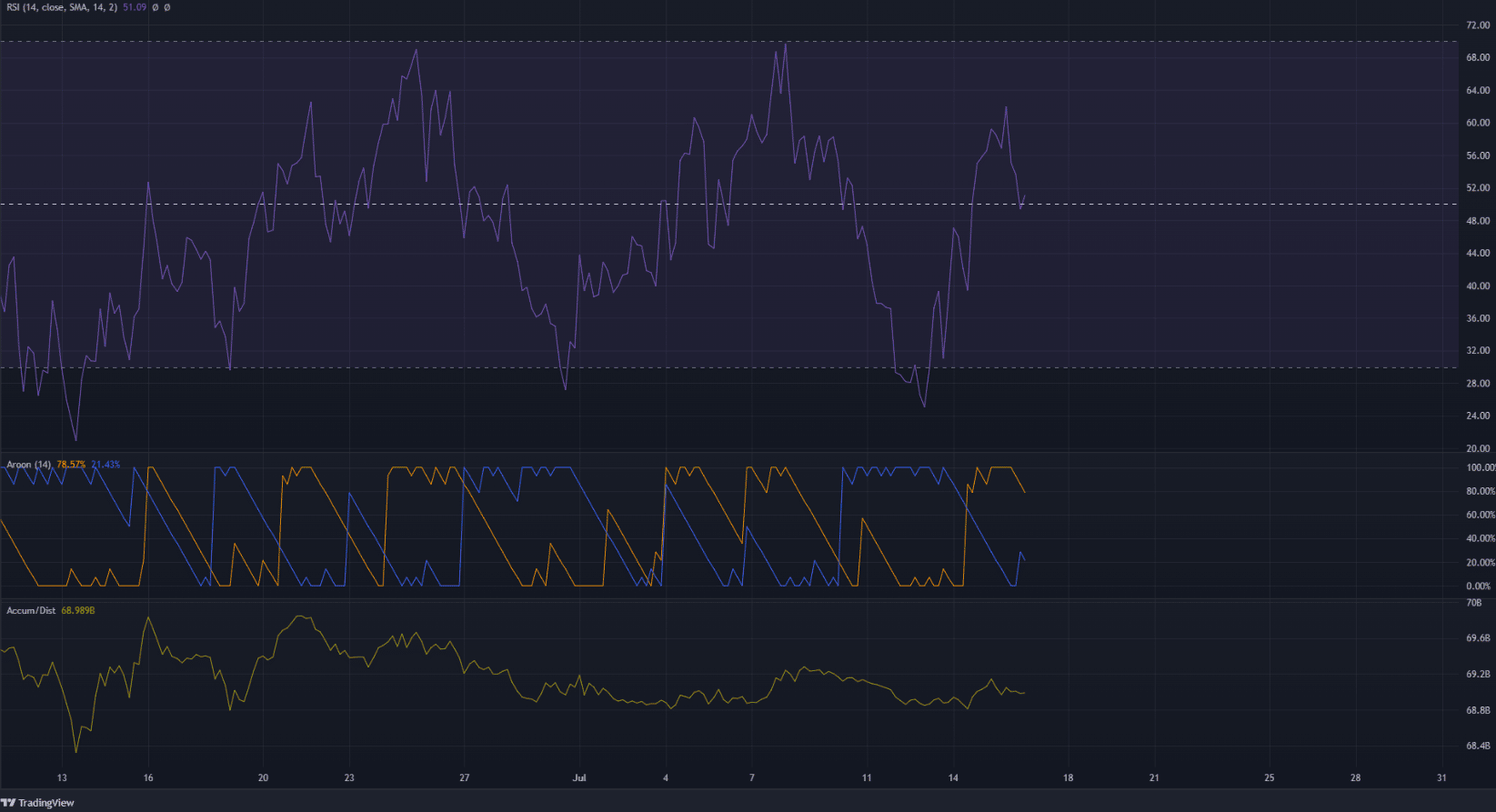 The four-hour chart saw some mixed momentum for VET. The RSI has been able to advance and decline to either extreme. It appeared to defend the neutral 50 level at press time. Hence, a move back beneath neutral 50 was something to watch out for.

The Aroon Oscillator showed the Aroon Up to be dominant. The price chart, however, showed a lower high on a downtrend form. Therefore, the indication was that a steady move lower can be expected when the Aroon Down begins to climb.

The A/D was also flat, to denote the lack of buying volume behind VeChain.

In the next few days, especially given the higher timeframe bearish momentum, it appeared that a move downward was more likely for VeChain. A bearish retest of the $0.021 region could be used to enter a short position. The stop-loss could be set above $0.023 for very conservative traders who want to give themselves a large margin for error.